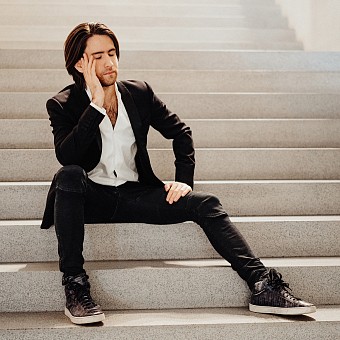 Georgijs Osokins, the youngest in the Osokins dynasty of pianists, invites into his sonic space with depth, a serious approach to art and interpretations with the weight of truthfulness. For his solo concert in the Riga Great Guild concert hall, he has chosen two giants of the mind - Johan Sebastian Bach and the keyboard aristocrat and genius romanticist Frédéric Chopin. It was his performances of Chopin that first earned Georgijs Osokins world-wide recognition and paved his way to such prestigious concert venues as the Tokyo Metropolitan Theatre, the Berlin Konzerthaus, the Elbphilharmonie in Hamburg, the St. Petersburg Philharmonia, the Birmingham Town Hall etc.
Chopin’s 12 etudes, op. 25 are dazzling, technically challenging and have flaming artistry which has led them to become a golden staple of piano repertoires. Meanwhile Nocturne Op. 27 No. 2 with its splendid ornamentation is like an elegant musical essay.
Johann Sebastian Bach’s Chaconne in D minor is often called a grand structure, one of the most emotionally and spiritually powerful musical compositions. Bach created the Partita No. 5 to invigorate the spirits and minds of music lovers. Meanwhile in Largo in A minor BWV 529 and Siciliana in D minor, BWV 596 Bach touches eternity and divine beauty.