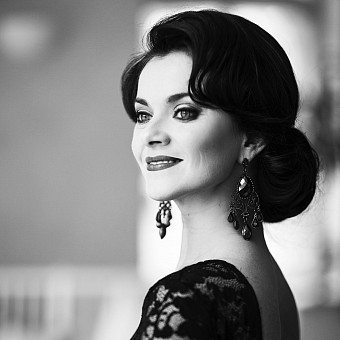 Johann Sebastian Bach’s Christmas Oratorio – a beautiful and grand tale about the time around the birth of Jesus and the events linked to it. The oratorio is composed of six cantatas, and this time the audience is going to hear the first, fifth and sixth parts, conducted by the Latvian conductor Kaspars Putniņš and performed by a great assortment of musicians consisting of soloists coming from or based in Latvia, in the United Kingdom of Great Britain and Venezuela, the Latvian Radio Choir and the Sinfonietta Rīga Orchestra. The message of Joy has been received and the soul rejoices!

The Christmas Oratorio was premiered in two of the most important churches in Leipzig – the churches of St Thomas and St Nicholas, lead by the composer himself, and according to his intent, were split over multiple days. This is due to each of the six parts telling of a different event. The first part was premiered on Christmas day (December 25, 1734), the second and third over the next two days, the sounds of the fourth filled the coming of the New Year, the fifth – the first Sunday of the year, and the sixth concluded the cycle of the day of Epiphany, January 6. It is thought that the practice to perform the oratorio this way lasted until the 19th century, when the tradition to perform all six parts on one day was introduced, frequently not performing all six parts, creating an assortment of specially chosen fragments instead.